The 7th UNESCO NGO Forum was hosted in Riyadh, Saudi Arabia between the 3-4th of May 2017. The theme of the forum was Youth and Their Social Impact. It was the first UNESCO Forum to be hosted in the Arab region, something symbolically significant for the hosts and attendees. Around 1,500 persons attended from all over the world, with a majority coming from Saudi Arabian och neighbouring countries civil society. Flora Gurgel Simon, IJR 2016-2018 from CISV Brazil, and Anton Ruus, Educational Content Specialist 2015-2017 on the IJB Team from CISV Sweden, attended on CISV International behalf. Their participation, as well as the forum itself, was funded by the MiSK Foundation.

At this conference, CISV International wanted to focus on:

The content of the sessions varied greatly; from panel discussions on the use of social media, to inspirational speeches from people who’ve made a positive change in their community through civil society. The format didn’t always allow profile raising to happen, but new organisations were constantly presented. You constantly discovered new organisations when they entered a discussion by asking questions or giving input on an issue, or through the many panel discussions and other activities that were happening on stage. Most of the sessions were interactive, either using a phone app that allowed polling amongst the audience, or by opening up for questions at the end of a speech, interview, panel discussion etc.

These three actions were all somewhat successful. Flora’s participation in the panel discussion allowed us to share our views and opinions on non-formal education (that had evolved during the conference). However, the discussion was much too rushed and controlled by the moderator for great impact to be made. What we did try to communicate as our personal and CISV’s take on non-formal education was its’ ability to tackle discussions that relate to people’s values.

While this was not a radically different approach from many of the other organisations, we also stressed the fact that non-formal education is a complement to, rather than a replacement of, formal education. It was probably most successfully communicated during breaks and meals, when the chance to talk in smaller groups presented itself. The distribution of some educational material might have helped to communicate CISV as professional and experienced, and left a select few with something concrete to remember the organisation by. In summary, we were somewhat successful with profile raising, reaching out mostly to individuals in informal setting between sessions.

The second outcome that we were asked to focus on, establishing LMO contacts, happened more naturally throughout the two days. We would constantly end up in constellations, and the natural ice-breaking question was always about one’s background and organisation. Many organisations were also active within non-formal education, however it was difficult to formulate concrete ideas for collaboration. This was perhaps due to the size and length of the conference. With 1,500 participants and hundreds of possible collaboration partners, it was impossible to get an overview of who was there, what their background was and understanding the functions of their organisation in just two days. Relations to some organisations such as AIESEC and CCIVS were established or improved through personal relations. Sadly, little or no time was set aside for networking during the conference and the format did not always support it happening naturally.

Lastly, a few unexpected outcomes did come from our participation that was beyond the original intention of CISV International. First, the conference was continuously communicated from via the IJB Snapchat account. IJB hasn’t got the same experience using Snapchat as Facebook, but the functions were quite well suited to keep an audience updated on the overall happenings on the conference.

Second, we were able to add a somewhat distorted discussion at the forum. As described earlier, there was a strong belief in non-formal education among the participants at the conference. This was no surprise to us, as we were all after all involved within civil society. However, there was also perhaps and overconfidence in what the role of NGOs in general and non-formal education in particular. As CISVers, we’ve always been drilled in seeing both sides of a discussion, which allowed us to balance the discussion. Yes, non-formal education can definitely bring many benefits to students, but the intention shouldn’t be to replace the whole education sector. We’re simply complementing each other and good at distributing different kinds of knowledge. A similar situation but on a higher level was a recurrent discussion on how great NGOs are and how lousy corporations and states are at fixing things. We do believe that we sometimes managed to again balance these discussions.

Third, attending a global conference that was more diverse than any similar CISV setting did bring some additional insight into conditions faced elsewhere in the world. A Nigerian activist explained how their NGO was struggling with retention because they did not offer enough career possibilities. He explained that career options were vital to and expected of all youths in his context. While one should always be careful when drawing conclusions or generalising knowledge like this, it is vital for CISV International to have a good understanding of the context in which we might be looking to expand in the future, like Western Africa, in our strife for doubling our reach. The greater diversity of this conference in regards to background and opinions also provided some challenges and possibilities for personal growth. Having the Forum hosted in Saudi Arabia, a very conservative country from our (Western) perspective, was a cause of frustration for many of the participants. The stark division between men and women, constant presence of the state and royal family, and perceptions of human rights that differs from our own did affect the discussions. Again, improved contextual knowledge could provide better insight into obstacles of hosting CISV programmes in a specific country.

“As a woman, it was incredibly important to me to fly all the way from Brazil to Saudi Arabia to take part in that forum. Wearing an Abaya (traditional robe-dress worn by Saudi Women) increased my curiosity to understand more about the life of Saudi women. During a breakout session on “Fostering equal opportunities for young men and women”, I got really inspired to hear how young Saudi women are aware of their rights and how they fight for them, in a completely different context that women in Brazil do, for example. During this session I also met a girl from South Africa who educates boys and girls through art; a 21 years-old Saudi girl who takes part in a feminist book club and this incredible woman who is a cycle activist in Saudi Arabia. It was definitely an experience to remember and I felt very inspired to see how women from completely different realities are fighting for basic Human Rights, such as gender equality. One more time, I could experience our Educational Principles* in a new environment, ‘appreciating the similarities between people and valuing our differences’,  ‘supporting social justice and equality of opportunity for all’ “.

“When I was asked if I wanted to attend this conference on CISV’s behalf, I didn’t hesitate. The possibility to participate in a conference of that magnitude was very exciting as I’ve done nothing quite like it. I’m not quite sure what I expected, but I was not what I experienced. In some ways, the conference was a meeting point for grassroot activists who were everything you’d expect: Ambitious, idealistic, inspiring and sometimes also angry. On the other hand, the more “industrial” side of the NGO sector was also present. People who attend conferences like these every year. People who make a living not from doing the actual content of the organisation that employs them, but through administering, representing and advocating. Add to that high state officials and more or less famous people like the founder of Wikipedia or a news anchor of CNN and you get an idea of the melting pot this conference was.” 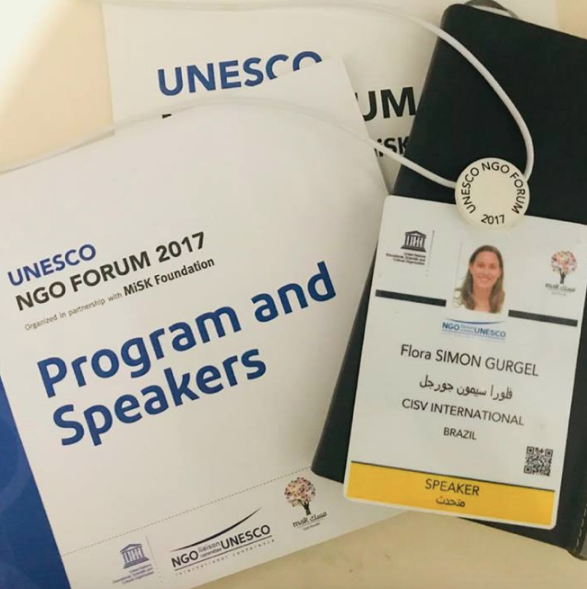 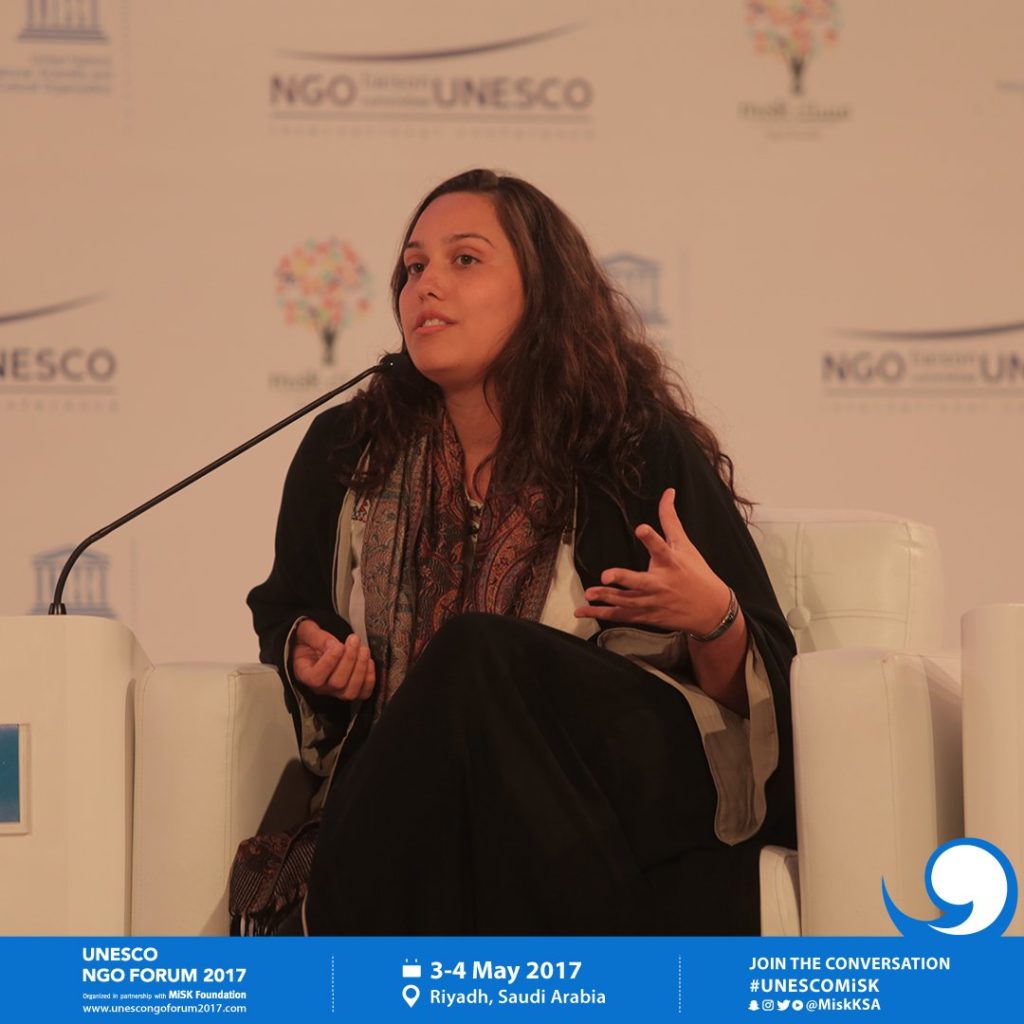 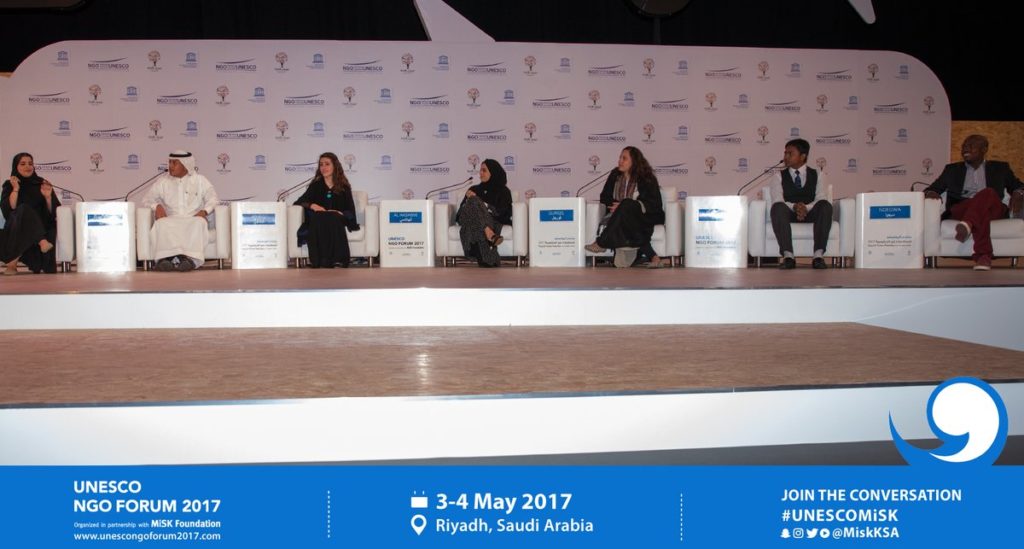